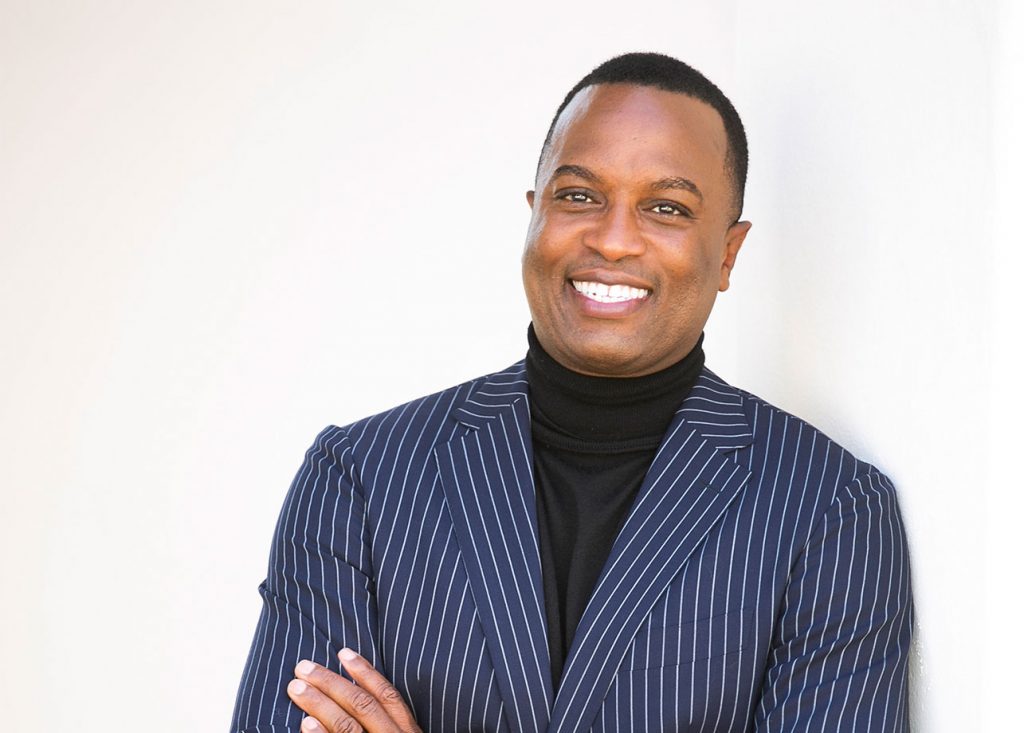 Michael McAfee (USA) attended ChangeFest 18 in Logan and is returning to Australia to provide continuity. As President and CEO, Michael leads PolicyLink, a national research and action institute focused on advancing racial and economic equity: just and fair inclusion for everyone living in America. He brings over 20 years of experience as a leader who has partnered with organizations across the public, philanthropic, and private sectors to realize this vision.

Michael came to PolicyLink in 2011 as the inaugural director of the Promise Neighborhoods Institute at PolicyLink. Under his leadership, PolicyLink emerged as a national leader in building cradle-to-career systems that ensure children and youth in our nation’s most distressed communities have a pathway into the middle class. His partnership with local leaders, in more than 60 communities in 27 states and the District of Columbia, contributed to significant improvements in the educational and developmental outcomes for more than 300,000 children, and helped attract public and private investments exceeding $1 billion. Because of the focus on results, Promise Neighborhoods became a permanent federal program through the 2015 authorization of the Every Student Succeeds Act (ESSA). Michael also conceptualized and leads the Corporate Racial Equity Advantage, the first comprehensive tool to guide private sector companies in assessing and actively promoting equity in every aspect of their business operations and strategy.

Before joining PolicyLink, Michael served as senior community planning and development representative in the Chicago Regional Office of the U.S. Department of Housing and Urban Development (HUD). While at HUD, he managed a $450 million housing, community, and economic development portfolio where he partnered with local leaders to create more than 3,000 units of affordable housing, 5,000 jobs, and ensure access to social services for more than 200,000 families.

Prior to his public service, Michael served as the director of community leadership for The Greater Kansas City Foundation and Affiliated Trusts. He was instrumental in positioning the organization to raise $121 million from individual donors, an accomplishment that earned the foundation the honor of being recognized by the Chronicle of Philanthropy as receiving more contributions than any community foundation in America. Michael serves on the boards of Bridge Housing, Independent Sector, North Lawndale Employment Network, One Degree, and Sweet Beginnings, LLC, and previously served in the United States Army and as Dean&#39;s Distinguished Visiting Fellow at Harvard Graduate School of Education. He earned his doctorate of education in human and organizational learning from George Washington University and completed Harvard University’s Executive Program in Public Management. He is an avid off-road hiker and practitioner of yoga.