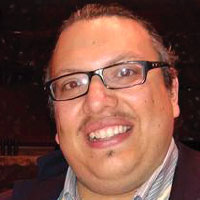 Don Lyons (Leech Lake Band of Ojibway/Mohawk of the Six Nations) is a citizen of the Leech Lake Band of Ojibway and descendant of Six Nations Mohawk. He is Bear clan on his father’s side (Ojibway) and Turtle clan on his mother (Six Nations Mohawk). Don grew up in Detroit, MI actively engaged in both the urban and reservation communities around the Great Lakes area. He is an active pow wow singer, MC and dancer. Don holds a Master of Social Work degree from Michigan State University and undergrad degree in business from Michigan State University. Mr. Lyons continuous to work internationally and domestically with Indigenous communities focused on community development, strategic planning and wellness efforts. Domestically Don has work on national projects focused on bullying, suicide and violence prevention projected Native Aspirations. Don has also led training and technical assistance for Indigenous communities working on a planning and infrastructure project called Circles of Care. Don is a master facilitator in Gathering of Native Americans (GONA)-Indigenous based wellness/healing and planning curriculum. He has been part of a team that is developing of an international version of GONA, called Gathering of Traditional Owners (GOTO). Don currently is a part of a team that helped develop a nationwide Tribal Training and Technical Assistance Center that support mental health wellness and suicide prevention through community participatory approach that is resilience informed. Don is highly skilled trainer, facilitator and wellness educator that is grounded in celebrating Indigenous historical greatness and helping to create space for honoring and using community resiliency factors towards addressing cumulative forms of trauma within communities.